The geographical area directly affected by military operations has increased dramatically. Affected areas are not limited as before to a strip along the contact line (which continues to exist) but are scattered across the country. There are many territories outside eastern conflict area are directly affected for the first time (including urban centres).

Previously accessible areas or unaffected areas are now isolated settlements due to active fighting, not reachable by both humanitarian agencies and public actors. Access to these locations is still not possible, as military activities are ongoing.

Residential buildings are not a direct target, but collateral damages are registered. Civilian infrastructure – such as gas, central heating systems and electricity – is also affected, with an even higher impact on the population due to the cold season and to the impossibility to access markets for solid fuel and state winterization subsidies.

People are fleeing the affected areas, at greater scale compared to the displacement patterns at the beginning of the conflict in 2014/15. 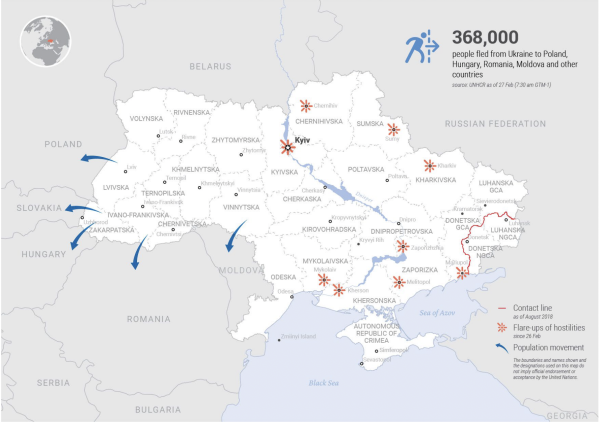