Skip to main content
In region Madagascar and in group Madagascar

Torrential rains and widespread flooding in early 2022 severely affected communities across Madagascar. The country was badly hit by Tropical Storm Ana on 23 January followed by Cyclone Batsirai on 5 February.

From 17 January 2022, torrential rains caused flooding in the Analamanga region, affecting eight districts of the Grand Tana and 38 fokontany (communities, the lower administrative level). At the same time, the eastern region of the country was struck by a tropical depression with Tropical Storm Ana making landfall on 23 January 2022 in Atsinanana region.

The cumulative figures on the damage caused by these multiple events are still being assessed and estimates are changing quickly as more information becomes available, including in areas that have not yet reported on the destruction and damage caused. 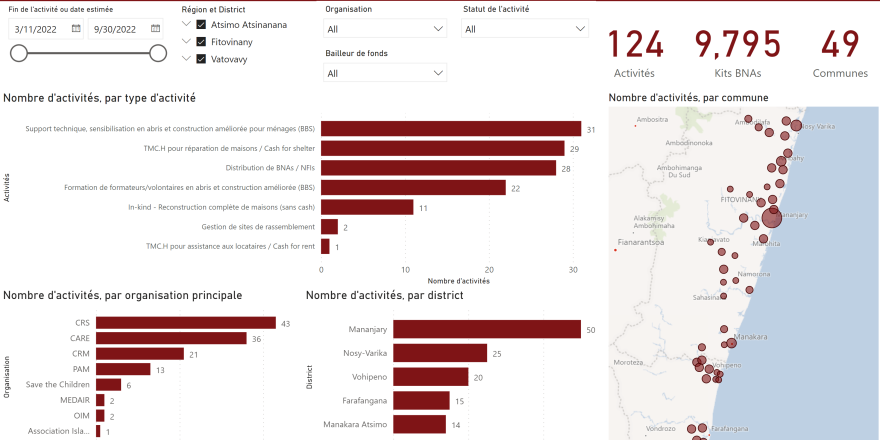