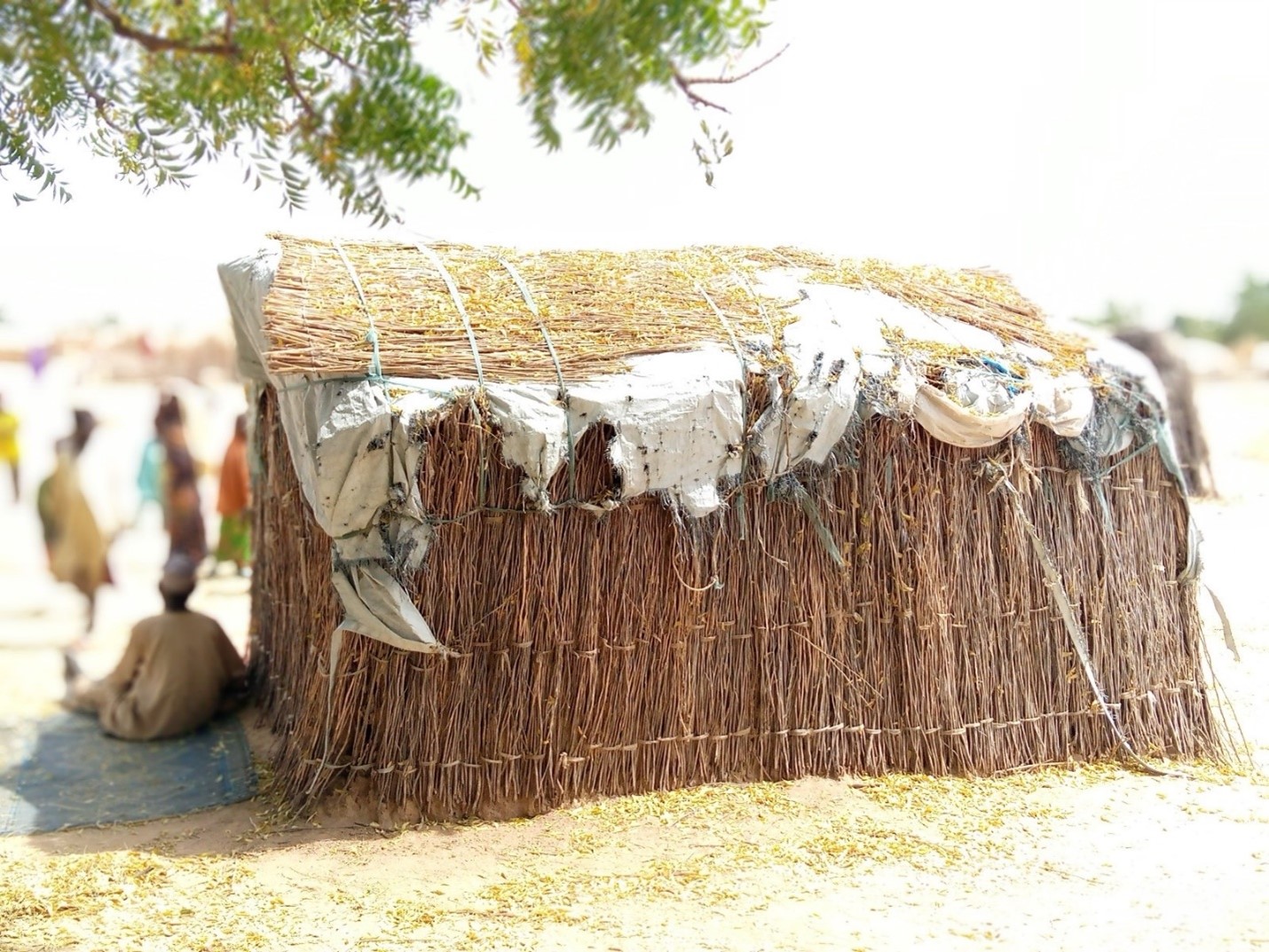 90% of internal displacements in the Far North since 2015, and in July 2021, are linked to armed conflicts, 10% to natural disasters and floods, and 1% to inter-community violence. Cameroonians are under attack in their homes and villages, with children and young people abducted and forcibly recruited into fighting and slavery. People are losing their homes and lands, without documents or prospects for solutions.

According to the various rapid and multi-sector needs assessments carried out by partners in the sector in the Far North region, approximately 4,000 people (2% of the displaced population) are facing a catastrophic situation. They are not sheltered and exposed to harsh climatic conditions during the rainy season and the dry season.

In the Far North region, 40% of the displaced population would find shelter with host families for free, exhausting the host's already scarce resources, sharing the same room, with less than 3.5 m2 of space. covered living space per person. These overcrowded situations are often linked to inadequate sanitation and the two factors combined contribute significantly to increasing the risk of transmission of diseases such as COVID-19, cholera and measles.

The situation of the self-settled population in rural, non-village settings and informal settlements is also critical as those affected lack basic infrastructure and access to basic services and markets. 22% of the displaced population are said to be living in makeshift shelters built with poor quality, degradable and flammable materials. This factor, together with the proximity of shelters, contributes to recurrent fires, loss of life and depletion of the resources of displaced communities.

In addition, most IDP sites, around 70, did not receive any assistance with shelter materials or essential household items in 2021.

In 2021, out of 135,000 returnees, 49% returned to their own property, 21% are accommodated in a new residence and 24% in a host family in their village. A majority had their homes destroyed and lost their main possessions, livestock, essential household items like cooking utensils, storage containers, water tanks, bedding. The loss of these vital needs influences the physical and mental well-being of people.

Seasonal floods are, after the violence, the main driver of displacement in the Far North, which worsens the precarious conditions of the displaced and the host communities. in the department of Logone and Chari, on December 5, 2021. 1 The conflict quickly spread to the rest of the department, as well as to certain localities of the department of Mayo-Danay, with a humanitarian impact in the departments of Logone and Chari , Mayo-Danay, Mayo-Sava and Diamaré. At least 44 people were killed during this wave of violence, with more than 100 injured. According to local sources, the toll would be higher. Damage to homes and livelihoods is also extensive. Burning, destruction and looting of houses, granaries and various socio-economic infrastructures were reported in 112 villages. Several hundred head of cattle, as well as fishing equipment, were lost or destroyed. The violence has led to the internal displacement of more than 36,000 people, and more than 35,000 people to Chad. Following the actions taken by the authorities, 2 a relative calm is observed in the various areas of tension. However, isolated incidents with a community connotation continued to be reported in certain localities of Logone and Chari and a feeling of fear and mistrust remains perceptible within the population. This situation increases the vulnerability of the populations, particularly in the departments of Logone and Chari and MayoSava bordering Chad and Nigeria, which were already affected by a security crisis with repeated attacks by non-state armed groups, but also a crisis food caused by climatic shocks and the invasions of grain-eating birds and the attacks of elephants on crops. According to the projections of the Harmonized Framework of October 2021, more than 900,000 people living in six departments in the Far North region will be in a situation of acute food insecurity in the coming months. Before the recent inter-community conflicts, the departments of Logone et Chari and Mayo-Sava already hosted more than 260,000 displaced persons (internally displaced persons (IDPs), returnees and refugees outside the camp).

The SHELTER/NFI Working Group has been established in Maroua since 2015. As some of the partners are only based in Kousseri (Chad border) a sub-working group is facilitated there too.