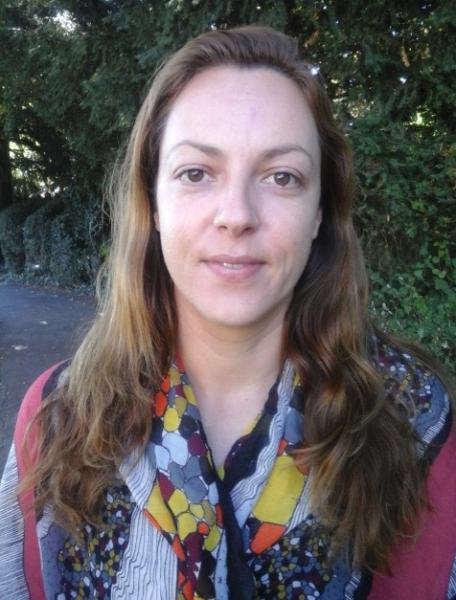 The Shelter Cluster announces with great sadness the passing of Petya Boevska on the 18th of July in a road accident. Petya had worked with the Shelter Cluster at global and country levels since 2015 and was known to colleagues for her dedication to humanitarian action, professionalism, attention to detail and passion for always doing her best. Petya had a wonderful sense of humor and she worked closely with all people, making colleagues feel at ease with her ability to beguile anyone with a story – she radiated warmth and kindness.

Petya joined the Shelter Cluster in 2015, starting as grants management officer for UNHCR, based in Geneva, between 2015-2018. In this role, Petya liaised with many Global Shelter Cluster partners and cluster teams in the field for the management of the ECHO-funded grants. Petya also closely supported the development of the Global Shelter Cluster Strategy 2018-22, and worked diligently preparing the annual meetings and coordination workshops. For Petya, a highlight of her work with the GSC team were her missions to Myanmar in 2016 and Iraq in 2018.  In March 2019, Petya assumed the role of Subnational Shelter Cluster Coordinator in Erbil, Iraq. In this role, Petya was able to translate her experiences working on Shelter Cluster programming into her coordination with partners and the government. Her quick thinking and diplomatic skills were instrumental in her cooperation with Iraqi authorities, partners and people in need. She also became passionate about the environmental impact of our shelter response in the camps in northern Iraq. Due to Petya’s commitment for the issues she was encountering in Iraq and her own friendships and network in the Shelter Cluster, Petya took the decision to use her own vacation days to participate in the Global Shelter Cluster Meeting and Coordination Workshop 2019, demonstrating her passion for her work. In February 2021, due to her experience and exemplary performance in the role, Petya assumed the role of National Shelter Cluster Coordinator in Iraq.  Petya will be missed most as a colleague, a friend, and for making us smile and laugh. At the lunch table, she would delight us all with stories from Bulgaria, yoga, any one of her recent travels, dreams, and her cat. At GSC meetings, while dedicating herself during sessions on critical issues, Petya was always able to balance her work with important time with friends and colleagues, where she would enjoy meeting for fondue, dancing at karaoke, or for a glass of wine.  We will all miss Petya dearly and know that many of you have interacted with Petya over the years, we wanted to create an opportunity for you to provide condolences to Petya’s family and friends through this link: https://www.kudoboard.com/boards/nAu29LPx