Skip to main content
In regions MENA and Libya

Waves of conflict have caused population displacement and severe damage to housing and infrastructure across Libya. As the need for housing continues to be stretched, especially in urban areas and around major cities, and rental prices increase, this has exacerbated the difficulties of households in securing affordable housing and putting an increasing number of vulnerable families at risk of eviction. As a result, around 342,000 people are in need of shelter assistance.

The Shelter & NFI Sector's priority remains to ensure adequate, appropriate and affordable housing options for the most vulnerable people. This will be both in response to emergency situations, as well as providing more durable and tailored support depending on the specific needs of the population.

In 2020, closures of IDP collective centres are expected to continue, however many IDPs will remain displaced due to continued insecurity and/or an inability to return to areas of origin. IDPs, as well as the most vulnerable returnees, migrants and refugees and vulnerable non-displaced Libyans in areas affected by conflict will remain in need of shelter support to avoid movements into sub-standard shelters.

In order to prevent further deterioration of the shelter situation for the most vulnerable populations of concern, the sector response will be delivered in line with two objectives: 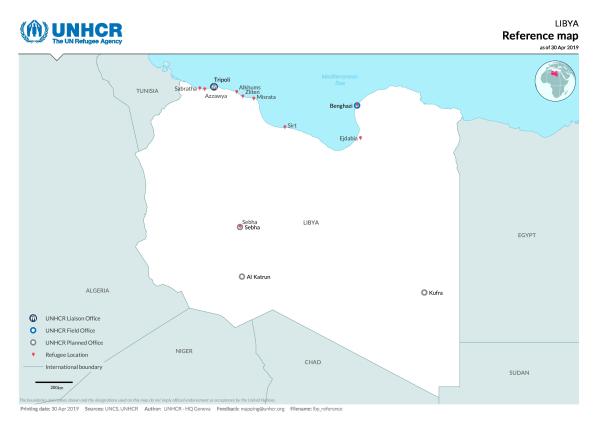