NRC’S PUBLICATIONS – Humanitarian Shelter Damaged Assessment Report (Contact Line Communities in GCA, Donetsk Region, Ukraine) and the report "Emergency compensatory measures: compensation for housing destroyed as a result of the armed conflict" have been published. The focus of the first report was to identify residual housing needs that fall under the humanitarian caseload. In the second report attention is given to current practice and experience of local authorities in different regions of Ukraine in the area of emergency response and recovery measures, as well as social protection of emergency-affected population, including monetary compensation for housing lost as a result of emergencies of various natures (manmade, natural, social and military).

WINTERIZATION ASSISTANCE – Based on the Cluster’s Winterization Recommendations for the winter season 2019-2020, partners coordinated with the Cluster their assistance to the most vulnerable population. 12 partners joined the winterization campaign, of which only two partners did not include their plans in the Humanitarian Response Plan. More than 15 thousand vulnerable households have received assistance during this winter season with plans to cover 14 thousand more. Among the activities that partners provided, there were some innovative activities such as cash for utilities in those locations where residential buildings are connected to the centralized heating.

NEW DAMAGES – The last quarter of 2019 marked the process of continued armed forces’ disengagement in the locations of Petrivske and Zolote. Due to this, the overall number of new damages registered in this period decreased. However, compared to the figure that was registered in respective period during the previous year (73 new damages), the new damages in the fourth quarter in 2019 was two times higher:136 new damages. The overall number of damages observed in Donetsk oblast is remarkably higher than that in Luhansk (130 new damages versus 6). Such locations as Staromykhailivka, Horlivka, and Yasne were the hotspots. 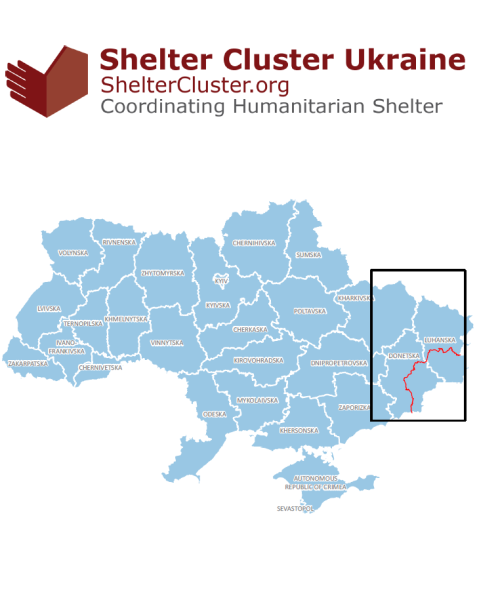